As Music Director of the Peoria Symphony Orchestra, Associate Conductor of the Ravinia Festival, and a frequent guest conductor, George Stelluto has performed in the major concert halls of over a dozen countries in Europe, Asia, South and North America – including over twenty US States. From Bernstein in Sao Paulo, Barber in Kiev, or Gershwin in Beijing - Beethoven in Pasadena, Brahms in New York or Mahler in Peoria, his performances garner both public 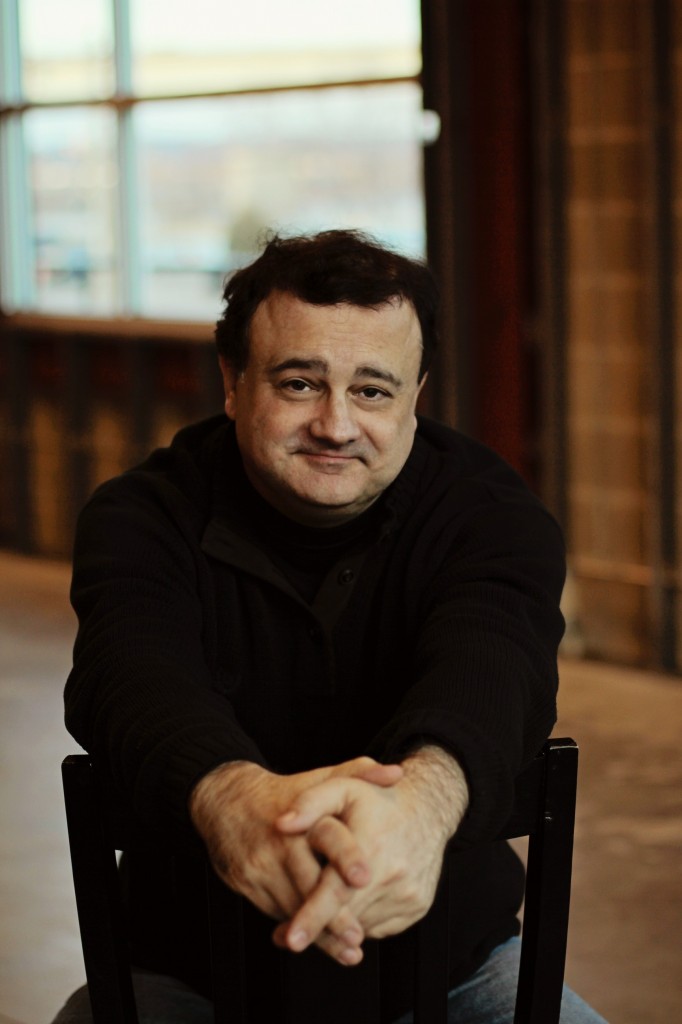 and critical acclaim. He received a rave review in the Philadelphia Inquirer for his performance of “La La Land Live in Concert.” His Pasadena Symphony Orchestra debut received lauds from four LA area newspapers including a Los Angeles Times article with the headline: A Welcome Guest – Could He Become a Fixture Here? The New York Times wrote of his performance of “Opus Jazz”: “Robert Prince’s score swings and slinks. The Juilliard Orchestra, with members of Juilliard Dance and Jazz, conducted by George Stelluto, sounded sharp.” His appointment as Music Director of the Peoria Symphony came after a concert The Peoria Star-Journal described as “electrifying” and “a moment of coming together not just of the music, but of a conductor and an orchestra.” Call Back Magazine, wrote of his performance of Mozart’s The Marriage of Figaro: “Vocally, musically, and dramatically it didn’t miss a beat. … Stelluto conducted with taste, balance, and firm control of players and singers.” His NYC Opera Cooperative performance of Cosi Fan Tutte was called “fresh and visionary.” – Allegri con fuoco blog.

In 2018-2019 the Peoria Symphony Orchestra celebrated its 121st season, George Stelluto’s eighth as its Music Director, and the orchestra’s fourth straight year financially in the black. The PSO added over 180 new subscribers in 2018 and met all of its ticket goals before the end of the season. Through innovative programming and collaborations, soloist residencies, and national recognition for the orchestra, the PSO is a leading catalyst for the cultural renaissance in Peoria. Its reputation for excellence, innovation, and community involvement led to its first ever ASCAP Award in 2011.  Most recently, the PSO and Maestro Stelluto collaborated with Jamie Bernstein at the Ravinia Festival. The program, entitled “Bernstein 100 Years Young: A New Young People’s Concert,” was a huge success. Other innovative PSO programs started by Maestro Stelluto include a commissioned film by award-winning filmmaker Max Fedore for Holst’s “The Planets”, “Art Imitates Art” with Mussorgsky’s “Pictures at an Exhibition”, and the PSO’s popular public television series “SoundBites” and “Musical Discoveries” (now in their sixth season). These programs, broadcast to tens-of-thousands of listeners in over sixty Illinois counties, feature guest artists such as members of the Lincoln Center Chamber Players, Chicago Symphony Orchestra, the Ravinia Festival, Time for Three, Quartetto Gelato, and well-known solo artists, as well as members of the Peoria Symphony Orchestra and other guests.

Beyond his conducting interests, Maestro Stelluto is also involved in cultural advocacy, education, multi-discipline collaboration, and arranging. In his twelve years at Juilliard, Maestro Stelluto worked with the school’s Orchestral, Dance, Vocal, Drama, and Jazz divisions as well as the Pre-College Orchestras. As Juilliard’s Resident Conductor, he prepared the Juilliard Orchestra for esteemed guest conductors such as Bernard Haitink, Pierre Boulez, Michael Tilson Thomas, Yannick Nézet-Séguin and Andre Previn. Through the Juilliard Global Initiative, he led the debut concert of the GURI Orchestra (Brazil) and worked with the Escuela Superior de Musica in Mexico City. At Ravinia he conducted Classical Kids Live! productions of “Beethoven Lives Upstairs”, “Tchaikovsky Discovers America”, and “Mozart’s Magnificent Voyage”. In 2009, he finished a two-year collaboration with the Inter-School Orchestras culminating in concerts combining New York’s public and private school musicians with students from the Juilliard School, Columbia University, and members of the Vienna Philharmonic. He worked extensively with the Central Conservatory Orchestra in Beijing as part of the conducting staff for The Juilliard Orchestra’s 2008 tour of China and for the school’s 2005-2006 100th Anniversary Tours of Europe and America – premiering Senderovas’ Fanfare at the Berlin Konzerthaus.

The Philadelphia Orchestra, Chicago Symphony, Atlanta Symphony, and the Juilliard Orchestra have performed his orchestral reduction of Schreker’s overture to the opera Die Gezeichneten (Universal). His reduction of the entire opera was premiered by the Los Angeles Opera in April 2010 and performed by Opera Lyon (France) in March 2015. His reduction of Grosz’ Afrika Songs was premiered in 2011 at the Ravinia Festival. He has published several co-authored articles on leadership (Leadership Quarterly, 2004) and given presentations about conductors as leadership models for business organizations. Additionally, he has published numerous articles in the Juilliard Journal on topics ranging from Health Care to Arts Funding. He speaks often in United States, South America, and Europe on “Building Cultural Infrastructure”©, a presentation on ensuring the future of the Arts. He has served as a board member and consultant to many American and international arts organizations such as the Brooklyn Music School, Cultures in Harmony, Ecuador’s Sinfonia por La Vida, and West Virginia University’s College of Creative Arts.

Maestro Stelluto made his Avery Fisher (David Geffen) Hall debut with the Juilliard Orchestra in May 2008. He is the founder of the Illinois New Music Festival, which debuted in 2010 and repeats sporadically with unifying themes relating music and society. From 1998-2007, George Stelluto was Music Director of the Las Vegas Music Festival. He holds Juilliard’s first Artist Diploma Degree in conducting, two Master’s Degrees (Violin & Conducting) from the Yale School of Music, and a Bachelor’s Degree in Violin from West Virginia University, summa cum laude. He has performed at many summer festivals both as a conductor and chamber musician, including Ravinia, Aspen, Peter Britt, Focus, Kiev International, and Ukrainian Summer. He is the recipient of a 2012 ASCAP Award for Adventuresome Programming, the 2013 Illinois Council of Orchestra’s “Orchestra of the Year Award”, the Nevada Regents Creativity Award, and Juilliard’s Bruno Walter Fellowship.